I live in Fairlawn Heights in Akron Ohio. It is a diverse neighborhood with a variety of friendly people, most of whom seem to love animals. On any given day it is possible to see many different people outside running, biking or walking their dogs among other things like gardening or playing with their children. 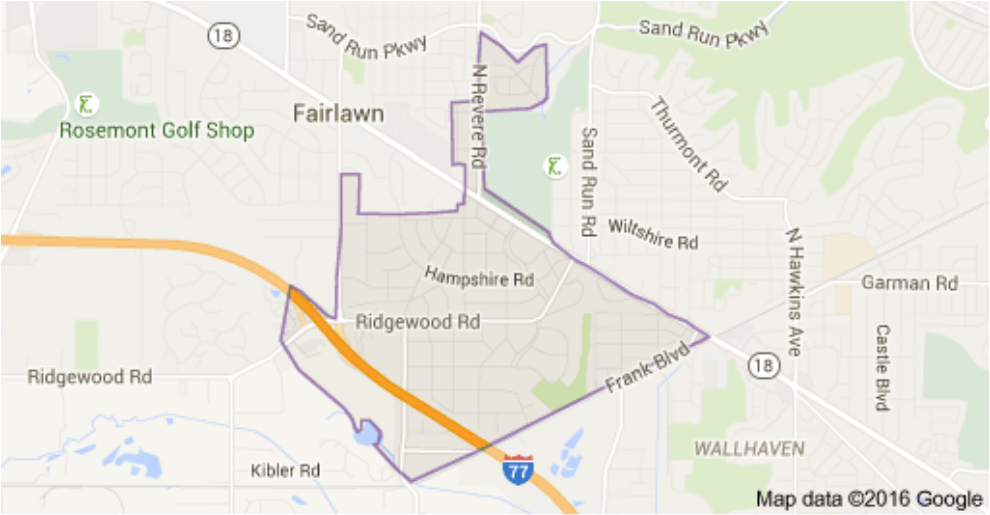 A little background about our community of Fairlawn Heights:http://www.akronohio.gov/cms/resource_library/files/f61655d41287fa72/fairlawnheights.pdfhttp://www.city-data.com/neighborhood/Fairlawn-Heights-Akron-OH.htmlhttp://www.akronohio.gov/cms/site/2cdaf98b9523ff5c/index.html
Other Fun Facts:http://www.areavibes.com/akron-oh/fairlawn+heights/livability/
Near Fairlawn within the city of Akron there are many fun attractions including:Just to name a few.
http://www.tripadvisor.com/Attractions-g29912-Activities-Akron_Ohio.html

The Fairlawn Heights Neighborhood Association (FHNA) started meeting a little over a year ago. Its meetings are open to both members and nonmembers who are living in one of the 1,200 residences in Fairlawn Heights. FHNA was created by residents who care about the well-being of the community and wish to see that everyone feels safe, has the opportunity to meet their neighbors as well as the chance to participate in decisions.
http://www.akron.com/akron-ohio-community-news.asp?aID=23899

In 1917 "Frances Seiberling, J.A. Riscel and C.W. McLaughlin were granted a charter by the State of Ohio for the Fairlawn Heights Golf Club." The first nine hole course was designed by W. B. Langford of Chicago but it wasn't until 1929 that the last nine holes were added, the same year that the new clubhouse was built in its current location. Later, in 1948 tennis courts were added and finally, a swimming pool in 1957.
http://www.fairlawncountryclub.org/guest-info/club-history

Who are you?
Linda Woods

What do you do?
I am a retired pharmaceutical rep. I now work part time at Concordia.

What do you find are the defining characteristics of the neighborhood?
For the most part, the inhabitants of this neighborhood are middle to upper middle class, well educated and hold a variety of professional occupations. We are not very ethnically diverse, but, as a whole, we are very middle of the road when it comes to politics. We have taken steps to get to know and watch out for each other. We also know, generally speaking what goes on in the neighborhood. While our neighborhood is considered very safe, most people work during the day, so, to those moving here, we may not appear as outwardly friendly, but we recognize our limitations and have taken measures to correct them.  For example, we have a 4th of July celebration that has been going on for about 30 years and we recently started having a fall festival. Our neighborhood is slightly older, demographically, but recent years have seen an influx of younger families. Overall it is considered a good neighborhood.

Who am I?
Carol Heck- a lifelong Akron resident. I am a single mom of two college students and I am a white Catholic.

What do I do?
I am a retired elementary school teacher of 35 years. Now I substitute occasionally and tutor third-graders for reading readiness.

What do I find as the defining characteristics of this neighborhood?
In one word, our neighborhood is: Conveint
It is convient to: The neighborhood is comprised mainly of single-family dwellings with larger yards. We are a very pet friendly community, and many residents frequently engage in outdoor activities including gardening, running, dog walking etc.

Who am I?
Sandra Symons

What do I do?
I am a retired elementary school teacher.

What are the defining characteristics of the neighborhood?
We absolutely love dogs. It seems like every other house has at least one dog. There are a lot of dog walkers and people are very active with their animals, even taking their dogs to doggie beaches in nearby communities. Many residents get to know each other by walking their dogs. In fact "I know the dog's names more than the people's names." People are very friendly and ready to help at any time of day, even late at night if necessary. Everyone looks out for one another, even mowing or shoveling snow for a fellow neighbor.

Who:
Roger and Fleeta Bodosi- President, and secretary/treasurer, respectively of RDB and Company

What We do:
We were a Sub-s corporation contractor but we closed it 12/31/14. We are now an LLC. We did a whole realm of projects including bathroom and kitchen remodeling as well as siding.

What are the defining characteristics of the neighborhood?
When we were in business many people were elderly so we did a lot of renovations to allow them to remain in their homes longer. We also made their homes wheelchair-accessible. However, the population of the neighborhood has changed over time and now includes a wide array of ages.

People choose Fairlawn Heights as a place to live for many reasons including the people they live with and the sense of community they feel here as well as the convenient yet country-like setting. It is convenient to I-77 as well as places to eat and shop, yet the absence of streetlights and sidewalks gives it a country feel. Overall, citizens seem to feel safe and happy living in Fairlawn heights with their families and pets.
Powered by